Why marriages fail even with the best of intensions 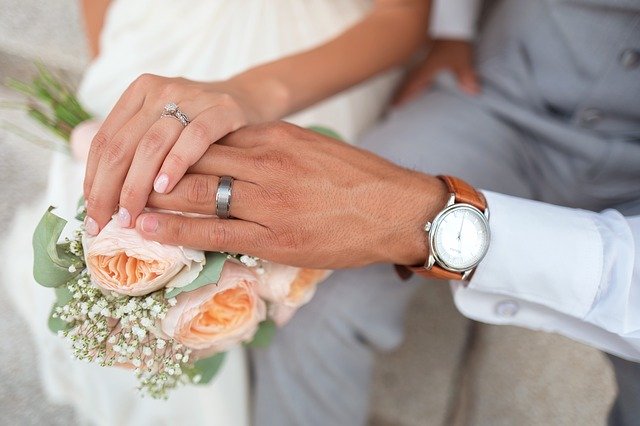 When I was 20 years old, I had a friend who was a few years younger than me and was married. She was beautiful, kind, and easy to talk with. She opened up to me and began sharing stories with me about her relationship. Sometimes, the stories were about how her husband had bought her a luxury purse to show how much he loved her. Her other stories were not so romantic, including a time when she told me he had tried to physically harm her because he was angry.

With time, our paths separated. Later, I was glad to find out that this marriage had actually ended. This was a clear case of domestic violence and there was no question to me why this marriage resulted in divorce. However, in other instances, I feel a lot of pain and wonder why different marriages weren’t successful.The less apparent troublesome marriages that end are the most painful and bring forth a lot of questions.

For example, more recently, the marriages that I have seen failed have been with couples who on the outside appear to be average people. An intelligent and forward thinking man that comes from an honorable family marries a woman with a similar background, but then trouble starts. One partner has intense emotions and the other acts with “logic” to calm things down. One person promises to make changes and then out of the blue the marriage is over. What happened?

I’ve also seen marriages end for much older couples. Why would two people who had raised children together and spent generations together choose to end their relationship? There were no signs of domestic violence or marital distress. Both individuals would be considered upstanding citizens of their community and to God, neither would be considered “emotional” and both would appear “reasonable”. Yet, they chose to go their separate ways.

I couldn’t help but wonder, what happened? And why?

When I got married, this question became even more relevant to me and my personal life. We didn’t have a one year “honeymoon” before our challenges began.

I came from a good family, my parents didn’t really fight and there were no loud voices, so why then was conflict occurring? My husband’s family was Iraqi, they were loving, close knit and very expressive in their show of affection. As someone that wanted to live an intentional life, I began to read books on marriage to figure out how to make things better. My own marriage and Master’s in Social Work made the perfect combination for me to investigate and get the answers that finally made my marriage a success.

I read books by John Gottman on 7 Principles of Marriage, The Five Love Languages, Amir Levine etc. And then I audio read a book called your Brain on Love that made the information click even more.

The answer that resonated with me the most was one that shapes us from the time we are born into the laps of our mothers.

As humans in relationships, we all function as one of these: an anchor, a wave or an island. A person that acts like an anchor is secure to their foundation, when the thunder comes crashing, they stay stable to the ground and they know the storm will pass. The anchor can trust the world to give them what they need when the time is appropriate.

A wave simmers from slow waves into large waves that come crashing down, they can be both slow and steady or they can grow to be fierce and dangerous. A wave has low trust of the world and doesn’t know when the world will give them their needs and they have to constantly demand from the world their needs.

An island is it’s own system and can be seen as self-sufficient. An island is just that, they are their own land and like it that way. Their level of trust of the world is none, they know the world will not give them their needs so they become self-reliant. Now we may see this as a positive quality, however, this self-sufficiency is a false one. As humans we are relational beings so inside there is an emptiness that makes this person function like an island. They are ones that have denied their own (emotional) needs to survive.

So how does this begin in the laps of our mothers? Let me explain.

When anchors were little, they had a relationship with their primary caregiver that is called “secure attachment”. That means that when they were children and they had an emotional or physical need, their “mom” saw that and provided them their need. At their most vulnerable state, they learned to trust their caregivers and they received the message that the world will take care of them when they need it. In the physical body, this translates to a state of regulation. When they had a need they felt upset, known as Autonomic Nervous System Arousal, or ANS, and when their mom soothed them, their ANS was regulated. As this person grows older, the exact method of regulation will change and the person will grow to use more self-regulation. However, they will know they can turn to others and ask for their needs. As this secure relationship continues, they learn how to translate this into other healthy relationships. They are both self-reliant and can turn to others when they have a need.

People who function like waves have a different experience. Their needs were met inconsistently. Sometimes their caregiver was attuned and gave them affection and other times they were ignored. This taught them that if they need something from another, they will need to be persistent. And even when they got soothed by their attachment figure, because they didn’t know when their next experience of soothing would come, they learned to keep their ANS arousal up and they continued to be dysregulated. They have an underlying feeling of always being vigilant and they engage in anxious behaviors. A classic example would be texting or calling their partner vigorously when they don’t get an immediate answer, because of their internal anxiety. They have a high need for reliance on others and have low self-reliance.

Islanders never got their needs met from their caregivers so they learned to shut down their ANS and go into a state of freeze or under arousal. So this doesn’t mean that they are regulated, this means there is a kind of dissociation their bodies engaged in so they can survive. They are the ones to be quiet, not talk, and feel like they are unfazed by a disagreement or will use logic to label the other person as emotional. They can also easily leave a relationship that they were committed to in the beginning.

These are common experiences — but, we grow up and we learn to get over these experiences. Right?

Well, if it was only that simple, marriage divorce rates wouldn’t be more than 50% and humans would have a better understanding of communication skills.

When we have these very early experiences, they are stored in our implicit memories of the brain. Now the brain is very lazy. The brain usually works with past knowledge and when it sees something in it’s system that looks similar to a past experience, the brain says this experience is the same so you can repeat your old technique. The brain operates like a filing system (and has associations), referencing experiences like old files. We may become sophisticated about our “techniques” as we grow older, however, without the fluff, at the base we are acting in similar ways that we learned from our past attachment figure on how to cope.

When a couple says they are having communication issues, what they are having is attachment issues. An unmet attachment need from childhood is getting rekindled and their partner’s response to them is causing them distress (emotional and physical). That means the example of the first couple where there was violence, the young man grew up in a violent home and when he had an uncomfortable emotion come up, he dealt with it as he had observed done to him in childhood. The second example with the couple that appeared to be talented and forward thinking Muslims may likely come from families where they had their emotional needs dismissed although in different ways such as shaming, degrading, yelling, shutting off. Things were said like:  “Go to your room”, “Don’t talk to me like that,” and possibly some physical abuse took place. And the older couple we mentioned earlier? It could be at least one of them may have had a situation of ‘no parent’ and there was no consistent model of a healthy relationship that the brain could turn to.

As a couples’ therapist, I wonder if these couples tried to work on communication issues and failed. I wonder if they had worked more on their attachment wounds with a highly skilled therapist, if the outcomes would have been different.

Learning about this helped me keep my marriage from becoming another divorce statistic (I’ll be sharing a separate article why we didn’t go that route and what helped us). One thing is for sure, I was keenly aware of our attachment needs and I focused on creating anchor-like behaviors  in our relationship instead of just focusing on communication skills. I am grateful to God, we are together and happier than in our honeymoon. Do we have room for improvement? Absolutely. Does our anchor get shaken here and then? Yes it does, and we take actions to make it strong again. We work on communicating such that the anchor in the relationship is strong, and when we do that we are smoother in our communication skills.

If you are in a relationship difficulty, consider finding a therapist that is familiar with how attachment shapes our adult relationships. The techniques that use this method and that I utilize in my approach with couples are called Emotion Focused Therapy (EFT, it has been researched) by Sue Johnson, PACT by Stan Tatkin, and Imago by Hendrickson.

Note: Examples are written as “one person or couple”, however, they are generalizations of many stories I have heard, seen, and worked with to maintain confidentiality.